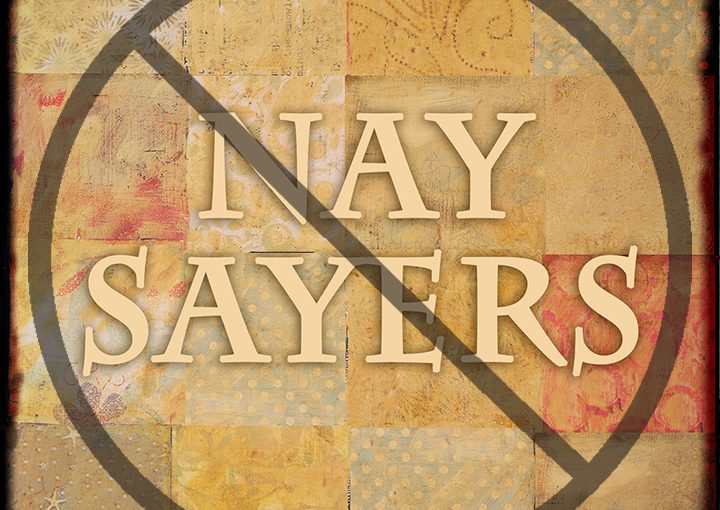 While Jesus was still speaking, someone came from the house of Jairus, the synagogue ruler. “Your daughter is dead,” he said. “Don’t bother the teacher any more.”  Hearing this, Jesus said to Jairus, “Don’t be afraid; just believe, and she will be healed.” When He arrived at the house of Jairus, He did not let anyone go in with Him except Peter, John and James, and the child’s father and mother. Meanwhile, all the people were wailing and mourning for her. “Stop wailing,” Jesus said. “She is not dead but asleep.” They laughed at Him, knowing that she was dead. But He took her by the hand and said, “My child, get up!” Her spirit returned, and at once she stood up. Then Jesus told them to give her something to eat. Her parents were astonished, but He ordered them not to tell anyone what had happened. (Luke 8:49–56 NIV84)

It seems like the noise around us is only getting louder. But one thing I have noticed: In order to rise above the noise of the naysayers, we need to keep our eyes firmly fixed on Jesus and following Him into the night.

Even when the crush of the crowd, the jarring jolt of reality, and the mocking laughter of the naysayers gets ever louder, we still follow Jesus deeper into the night. It is only when we fix our eyes on Him, His voice penetrates the night and rises above the noise: “Don’t be afraid; just believe…!” Do you hear His voice? Do His words of reassurance and affirmation comfort you? Still your heart and let His voice rise above the noise of the naysayers.