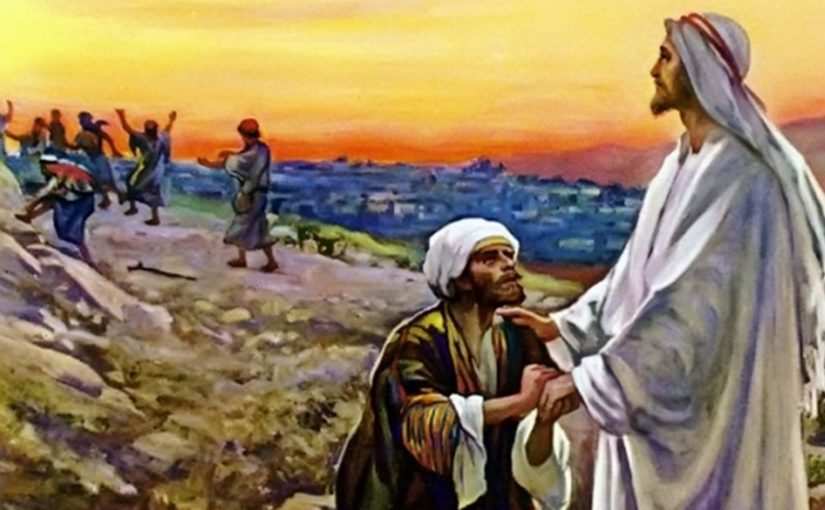 An episode in our Lord’s life:

11 On the way to Jerusalem he was passing along between Samaria and Galilee. 12 And as he entered a village, he was met by ten lepers, who stood at a distance 13 and lifted up their voices, saying, “Jesus, Master, have mercy on us.” 14 When he saw them he said to them, “Go and show yourselves to the priests.” And as they went they were cleansed. 15 Then one of them, when he saw that he was healed, turned back, praising God with a loud voice; 16 and he fell on his face at Jesus’ feet, giving him thanks. Now he was a Samaritan. 17 Then Jesus answered, “Were not ten cleansed? Where are the nine? 18 Was no one found to return and give praise to God except this foreigner?” 19 And he said to him, “Rise and go your way; your faith has made you well.” (Luke 17:11–19 ESV)

I’m not sure if they were too busy, per se, but they were clearly too something to not return and thank the Lord.  I don’t mind being a foreigner, especially to this planet, if I were one of those who “returned and give praise to God!” How about you?

Join me in pausing and thanking our Heavenly Father for all the wonderful healings/gifts/blessings He has so graciously showered on us.