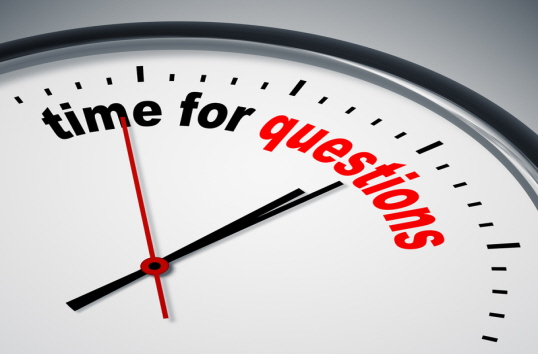 Have you ever noticed how often Jesus would ask questions? I did. And it is fascinating that He engages friend and foe alike with a question. He offers them a chance to answer. His questions at times seem innocent and innocuous enough, but other times like He has the “witness” on the stand and He is cross examining them.

Have you also noticed that when sharing Jesus with others, asking questions actually opens up the conversation? Have you found that in doing so, this establishes rapport as well as respect? I have.

I have also found that I need not be in a hurry to win the argument, if one should ensue, but rather take my time and build a relationship. To be sure, Jesus was an itinerant preacher of sorts. He would move from town to town and village to village. But who’s to say He wasn’t speaking to some of the same people? Even some of His adversaries may have been following Him, and in some strange sort of way, a relationship, though adversarial, was being developed. And out of respect for them, our Master would genuinely ask a question.

Oh, He may have asked a rhetorical question here or there, but more often than not His questions engaged His hearers, expecting sincere and honest answers….

Do you think its about time we become more skilled at asking sincere and deep questions that engage our relationships (friends and foes), rather than making harsh and dogmatic statements—even if true? What do you think?

Main Text— Mark 8:27–30 (NIV)— 27 Jesus and His disciples went on to the villages around Caesarea Philippi. On the way He asked them, “Who do people say I am?” 28 They replied, “Some say John the Baptist; others say Elijah; and still others, one of the prophets.” 29 “But what about you?” He asked. “Who do you say I am?” Peter answered, “You are the Messiah.” 30 Jesus warned them not to tell anyone about Him.

“What do you think? There was a man who had two sons. He went to the first and said, ‘Son, go and work today in the vineyard.’  ‘I will not,’ he answered, but later he changed his mind and went.   Then the father went to the other son and said the same thing. He answered, ‘I will, sir,’ but he did not go. Which of the two did what his father wanted?” “The first,” they answered.—Matthew 21:28–31 (NIV)

Lord Jesus Christ, empower me to be sensitive to the needs of others through questions You prompt me to ask. In Your Name, Amen.